I spent a lot of time this week at Green Sun, the events space and hotel along Chino Roces Avenue in Makati. I was there because one of the brands I’m handling launched its first celebrity brand endorser there, so our client scheduled a lot of our meetings at the venue.

I passed by the building every day when I interned at Rogue and I found the structure intriguing. I was put off by its complete lack of windows and its logo: a green circle that… represented the sun. Even if I wasn’t partial to its suffocating architecture and its logo, I found its industrial vibe fascinating.

It turned out that the building is a repurposed car shop built in the 1970’s. The space (and its logo) takes its name from a painting made by a Chinese national artist given to the building’s owner, while the architecture was done by Gil Cosculluela. He retained the industrial feel and infused it with creativity to reflect the culture it aims to promote.

It looks cold from the outside but the interiors are balanced with lots of leather, a delicious scent, and gold accents that beautifully contrasted with the unfinished cement floor. The gentle purple lights softened the place, while an installation in gold was beautifully wrapped around a cement pillar, which I suspect serves as an important foundation that couldn’t be removed.

Most of our meetings were at the Cafeteria, the space’s self-service restaurant. The wall was kept bare except for a few art pieces, the pipes were left exposed and repainted, and leather couches and tables dotted the space to add life to the austere interiors. The scent from the lobby wafted through the Cafeteria and a nicely-curated (Spotify) playlist maintained the subdued atmosphere of the place. Both the aroma and music weren’t overpowering, but it would have been nice for them to subscribe to Spotify Premium. The ads were distracting, and for me, somewhat of a dealbreaker. 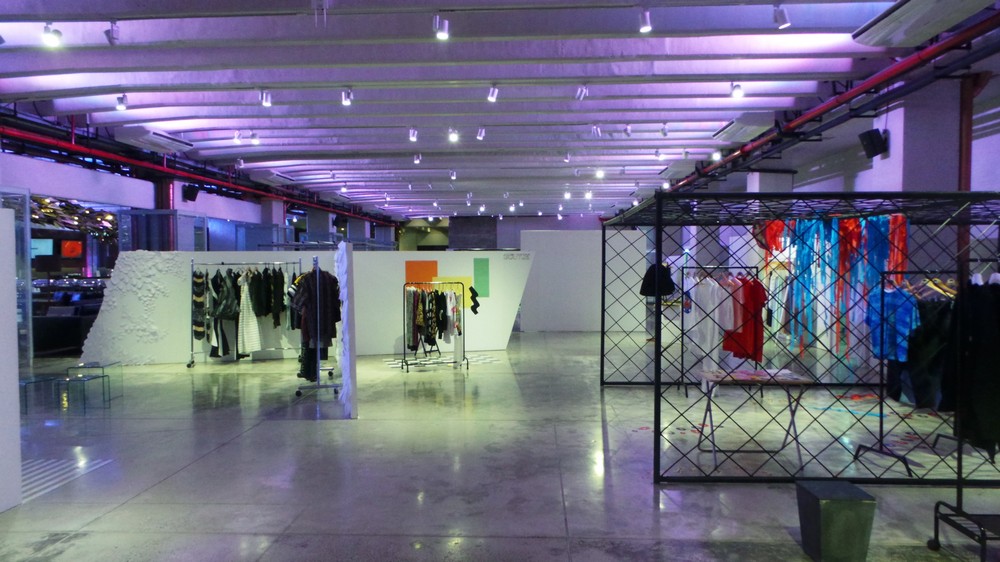 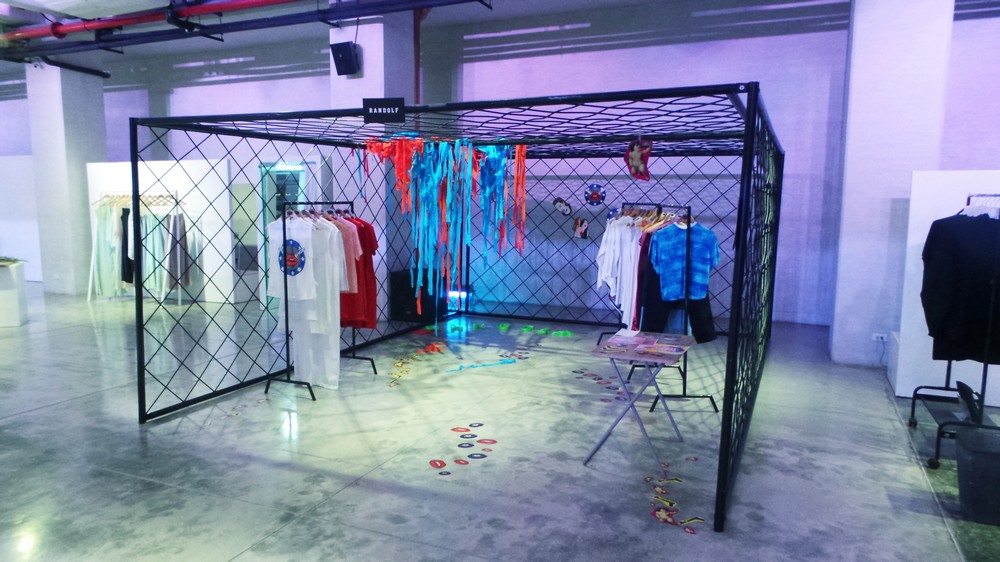 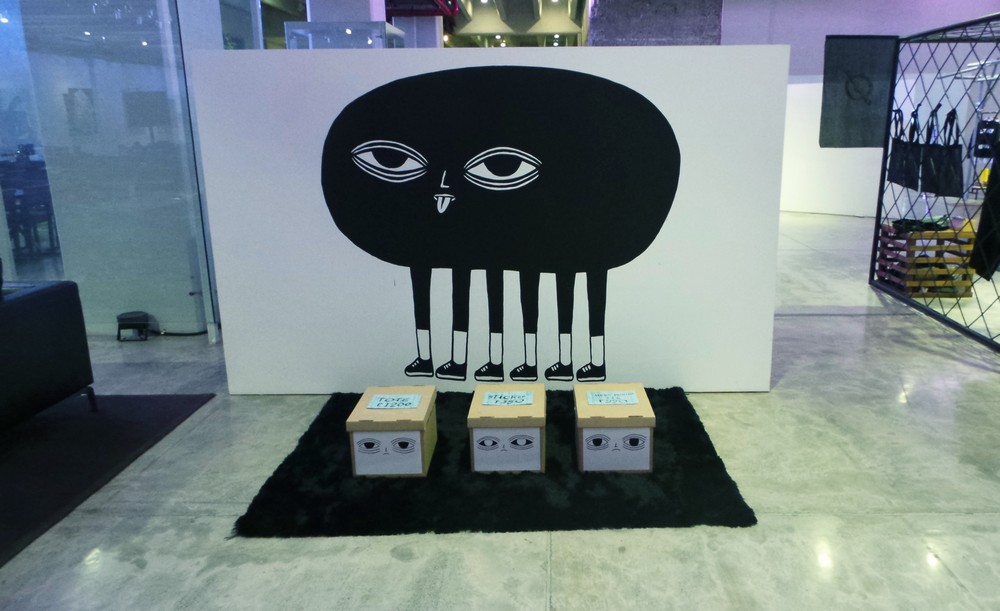 Green Sun is known among people of my generation for SOMA, an incubator for young local designers. There’s an eclectic mix of emerging and established talents, and I love how the place is set up. I find large, open spaces daunting, but the layout was cleverly designed so that each turn held a pleasant surprise.

On the eve of our event, we booked some rooms because work stretched until the early morning. The rooms were small but comfortable, and I liked the color combination of the bathroom: coral-colored walls and a pastel-blue floor. However, no matter how much I loved the ground floor, the upstairs needed a lot of work.

For starters, the upper floors had this creepy stillness like it hasn’t been lived in for months. I’m not sure if it was the absence of windows but the air was heavy with isolation, and for the first few hours I was alone in my room (my team would join me later on), I felt like I was alone on the entire floor. My roommate felt the same thing, and we agreed to sleep with the TV on.

I was also disappointed that the walls were made of thin wood. I think the upper floors were designed as one open space and Cosculluela decided to divide it into rooms after construction. Knock on any wall and you’ll hear the space beyond is hollow. It’s disconcerting to hear noises from outside and from the room next to you. As I was walking to my teammates’ room on the day of the event, I could hear Kris TV blaring from my neighbors’ rooms.

We launched our celebrity brand ambassador (without any hitch, considering the notoriety this celebrity has in the media) at The Eye, a spacious venue with a 360 degree panoramic screen. It was perfect for our launch, which focused on a global presence and accessibility, but I don’t think we’ll be recommending this to our future clients. I won’t delve too much into details but the people at Green Sun are difficult to work with.

I think Green Sun focused too much on their showpieces: SOMA, the Cafeteria, and The Eye, and left out other equally important things like the hotel. I find this odd considering they focused on minute details like lighting, fragrance, music, and even the wood-carved mirrors in the restroom at the Cafeteria. It’s a good thing the hotel isn’t overpriced (it has a surprising rate considering it’s in Makati).

Looking back, I believe what intrigued me about Green Sun’s facade is the mystery. It looks like a boring cold grey slab from the outside but the inside is totally worth the visit—if you skip the hotel.