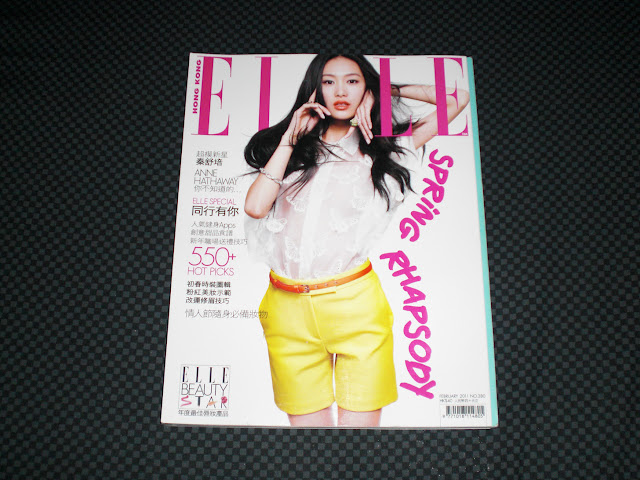 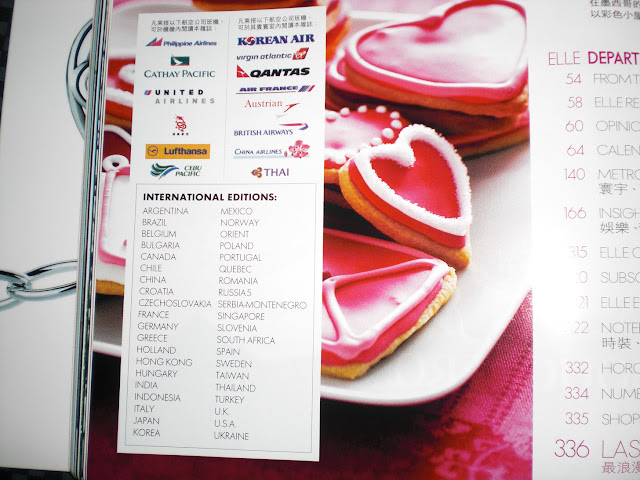 There are 40 editions of Elle! Vogue only has 18. And look, PAL and Cebu Pacific are in the issue! 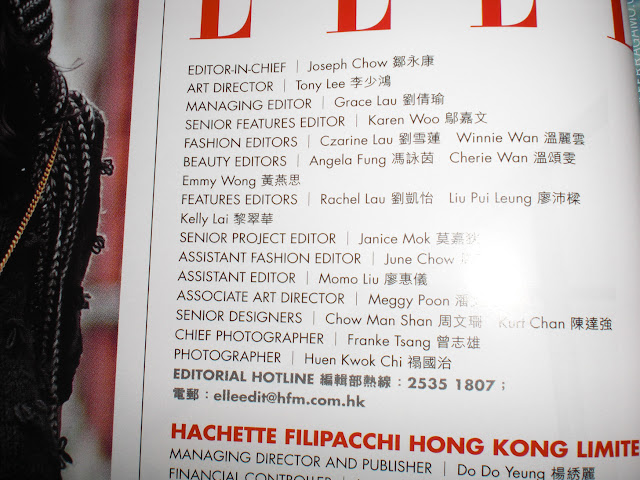 The editor-in-chief is a man! 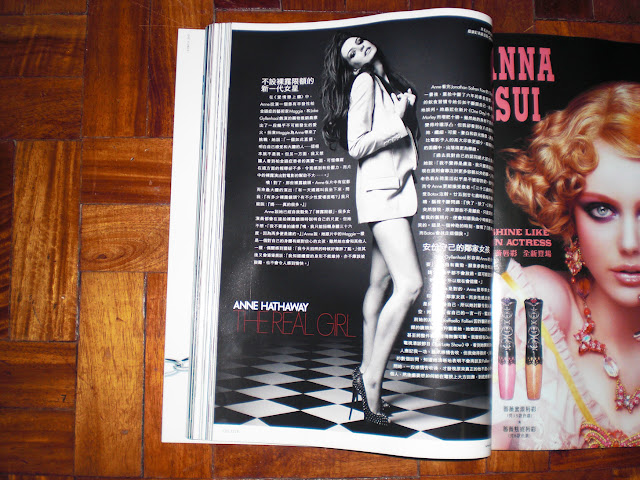 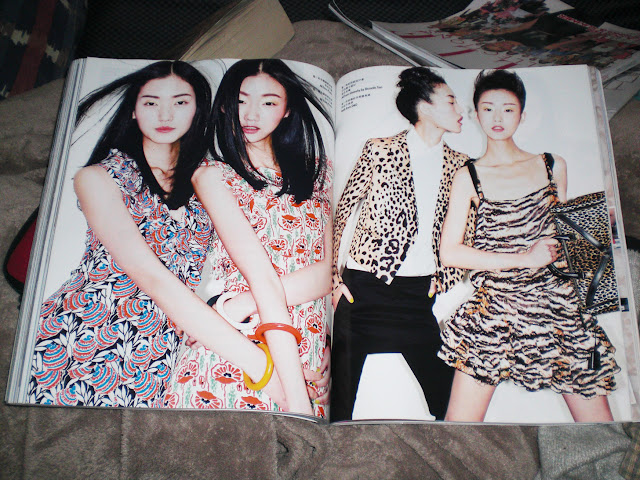 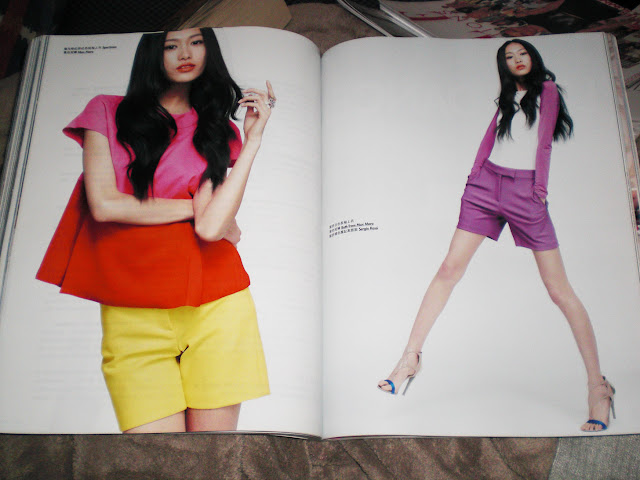 The Girl Who Steals the Show 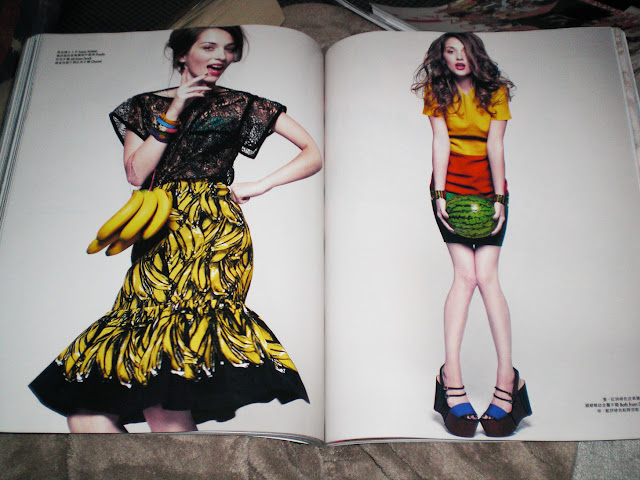 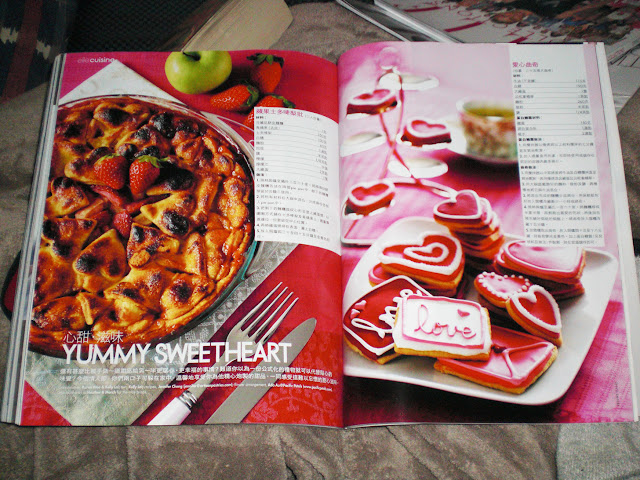 Recipes with hearts on the food! 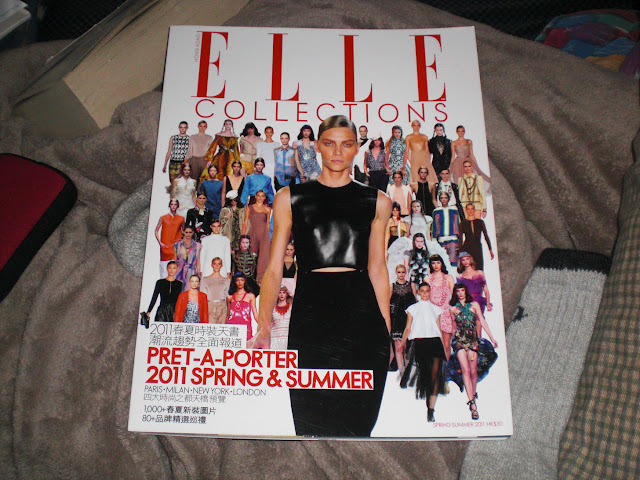 A supplement that includes the runway collections for S/S 2011. I have an issue of Mode et Mode from Japan featuring the same stuff 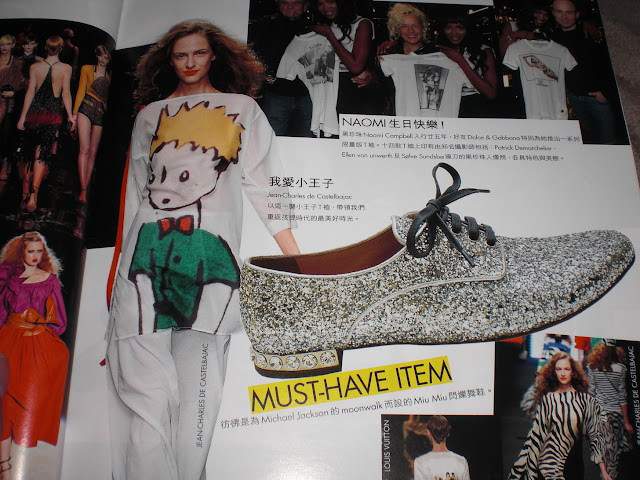 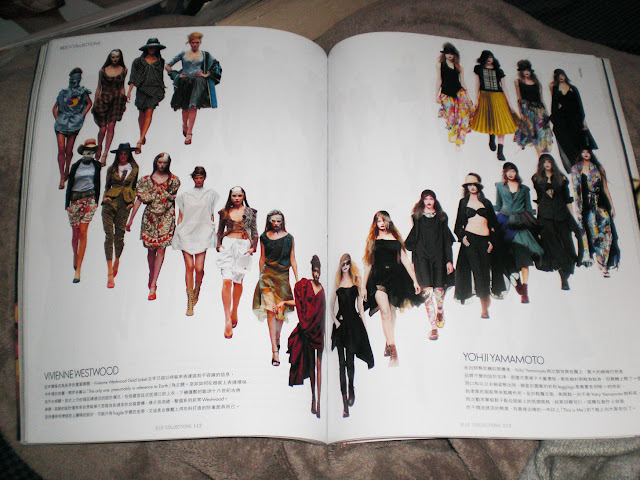 An interesting layout from Elle Collections
My mom went to Hong Kong for the Chinese New Year and she got me a copy of Hong Kong Elle‘s February 2011 issue. Unlike Vogue Nippon, this edition features local models, which I appreciated. After seeing so many Brazilian and Eastern European models, it’s a breath of fresh air to see Asians walking down runways and appearing in fashion editorials. My only issue with the magazine is the overload on beauty advertisements. Majority of their ads are beauty products and it made it look like our edition of Cosmopolitan. No wonder we have good skin, we are bombarded with anti-ageing products every two pages of fashion magazines.
The editorials were good. Besides the fact that they used homegrown models, they featured a white background, which made the pages look clean and edgy. They balanced it with an editorial on fruit (adorable!) using a foreign model but the production team was Asian.
The supplement was thorough – it featured runway looks as well as the best shows, front row attendees, models to watch out for, and the curtain calls of designers. I also loved how the looks were presented in different and unconventional ways but I was a bit bothered how they tagged Rachel Bilson as Leighton Meester and how they misspelled Chloe over and over again.