I used to watch Glee. I loved the high school drama and the dark sense of humor, which heavily perfumed the first season. Add to that the Broadway references and I became an instant fan. 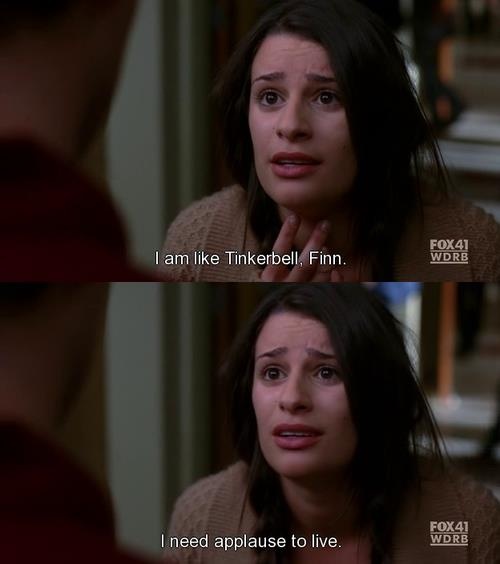 Some felt that the Broadway numbers were irrelevant to the show’s demographic, but in a hilarious article on an October 2009 issue of Rolling Stone, Rob Sheffield said, “The best joke on Glee is the way it creates a gay teenage world in which no other world exists or is imaginable. It’s not just feel-good gay, it’s punish-the-outside-world gay, openly hostile to the idea that some viewers out there might not be show-tune queens. If you have no idea who Kristen Chenoweth is, you can go watch something else, bitch.”

So a show that talks about peer pressure and alienation, set to the songs of Wicked, Les Miserables, and Cabaret? Sign me up!

Sadly, the show must have been swallowed by the ratings game and creator Ryan Murphy switched the formula around, finding storylines to fit songs instead of the other way around. I loved the Madonna episode, but what was the point of the Britney episode? To fit more covers of Britney songs, one character had hallucinations during a visit to the dentist.

Then I discovered American Horror Story, another Murphy show. I first watched “Coven,” the third season. The concept is familiar to those who know Daisy Siete, where each season has the same actors but a different premise. “Coven” was about a crumbling school for witches, who must team up with the headmistress’ mother, a Supreme brilliantly portrayed by Jessica Lange. It was good and funny. Emma Roberts played a catty queen bee and provided a lot of camp, along with Frances Conroy as the stylish mother figure Myrtle Snow.

“Coven” was followed by “Freak Show” (set in ’50s Florida in a circus) and then “Hotel” (set in an art deco hotel in LA). I didn’t like seasons four and five because the show started taking itself too seriously. I missed the days of Glee and “Coven” when it was about having fun and poking fun at itself. I watched a few episodes of “Freak Show” and “Hotel” but I didn’t finish it. It had its appeal but I thought it was too pretentious.

Enter Scream Queens. It looked like Murphy and his team were returning to what they are excellent at: camp and lots of it. Roberts returns as Chanel Oberlin, the self-centered president of Kappa Kappa Tau, a Wallace University sorority being targeted by a serial killer dressed in a devil costume. Murphy goes all out, peppering the series with one-liners, bitchy quips, references to pop culture and horror movies, and hilarious scenes bordering on ridiculous. It’s Mean Girls meets Halloween. And yes, I finished the entire first season.

Scream Queens may not be renewed due to less than stellar ratings and I get it because the Red Devil mystery was already solved. The last sequence of the finale was clearly meant to signal a second one, but I’m afraid it will turn out like Desperate Housewives, which went nowhere after the first season finale solved its mystery. Scream Queens‘ finale was satisfying, but at the same time, I’m curious what Murphy and his team will bring to the table. But please, don’t take yourself too seriously.